It would be difficult to say how many times we’ve been asked for a 1lb of sausages! Sorry to say we can’t help you with that, but we can offer you a great service from a family-run business, just as you would have expected over the last 100 years when our shop was a butchers!

Recently the office began to feel faded and tired, so we decided a freshen up was in order. It took a long time for us to decide on colour and design, wanting to keep the original features of this beautiful building, but still being up-to-date and current. We have kept our look smart and subtle, expressing our competence, sincerity and edge. We hope that we have improved our premises to the benefit of our customers, our fantastic team and also enhance the high street of Felixstowe.

Being a part of a small community, it is really important to be involved in local events and we are immensely proud to be sponsoring the Felixstowe Carnival again this year and of our continued work with BASIC Life Charity, like donating our Wainwrights removals van for BASIC to deliver their food parcels, furniture and other charitable gifts to the community.

If you get the chance, do come and give us a look, we’d love your opinion on the new office. Hopefully you will love it as much as we do. 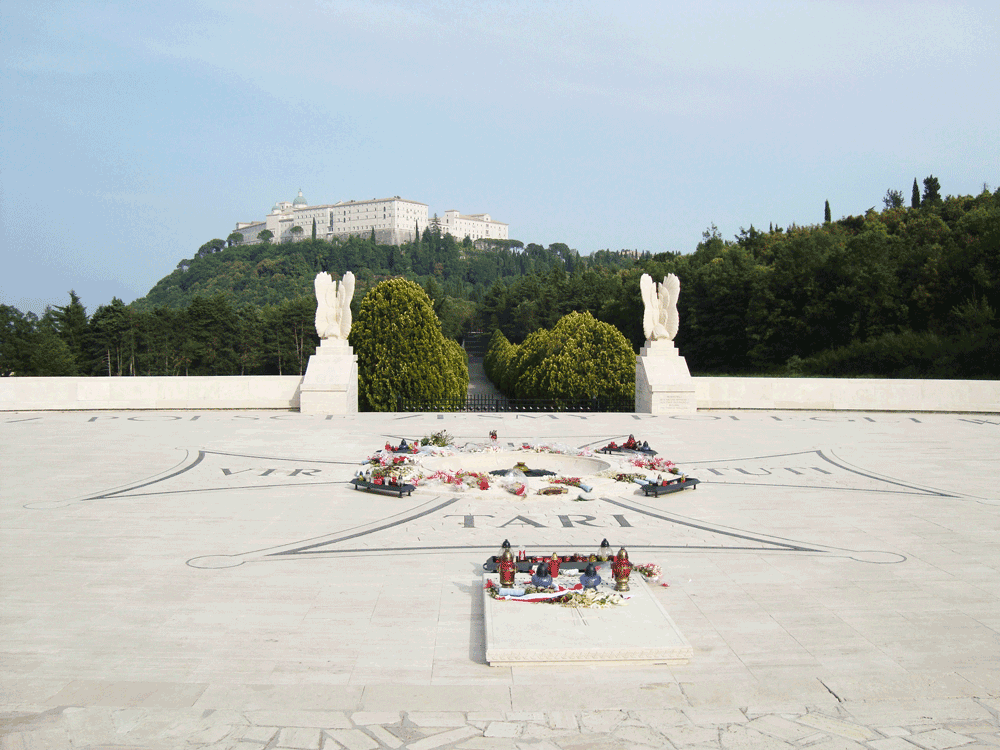 Having the opportunity to sit with local war veteran, Antony Pittaccio, was truly quite an honour. His stories are heartbreaking and heartwarming and in memory of the 100th anniversary of WW1, Antonio shares some of his stories with you…

On 18th of May 1944 the allies finally broke through the Gustav Line (the German defensive line that stretched across Italy, East to West, at the centre of which was Cassino) and still today the controversy continues as to who was responsible for the bombing of Monte Cassino monastery, which dominates the entry into the Lira Valley.

If you can imagine an inverted (upside down) letter T, the Gustav Line would ran across the horizontal line, the Liri Valley being the vertical line. This valley was the only way out of the Gustav Line and the only way forward for the allied army so you might ask what all the fuss is about. It was after all just another building like the countless others, which were destroyed across Europe and were there not Germans in the Monastery, directing fire on allied troops, which they could observe over many miles from their uninterrupted view?

The answer is that there were no Germans in the monastery. The German General Fridolen von Senger und Etterlin (the most brilliant of all the commanders in Cassino), an Anglophile, Italophile, and anti – Nazi, was a lay Benedictine and he forbade any German to go any nearer than 150 yards from the Monastery.

St Benedict came to the top of the mountain in 529AD. He converted an existing Roman temple into a Christian church, founded the Benedictine Order and there wrote his famous Rule which still today acts as a guide to Christian monasteries throughout the world. The monastery had been destroyed three times before and each time the reconstruction was due to English monks.  For many centuries Monte Cassino was the most important centre of learning in Europe. Students and influential people, including kings, came to it from all over Europe. Long before any universities were founded it taught languages, music, law, medicine, architecture, pharmacy, astronomy, quadrupeds, botany, history and geography. Much of what we know about the dark ages is due to that monastery and that is why it was considered a special place.

We youngsters used to go there with our school a couple of times a year for special tuition and I felt at home because many tributes were paid to Britain over the centuries and there was a written reference, ‘We gratefully want to remember Gladstone, Clarendon, Stannley, Forbes and Russel’ which referred to a group of British MP’s known as The Friends of Monte Cassino who pleaded with the Italian government not to suppress the monastery.

To my family, Monte Cassino offered the only means of communication with my father in England. I am not sure how the monastery sent messages but it would be correct to assume via the Benedictine monks from monasteries in Switzerland and England. We only had one or two a year and one year, or maybe two, none at all. Of course, it stopped after the monastery was bombed, when not only did our hopes of receiving news about my father die with it, but also the hopes of all the people to whom it had become a symbol of faith and reassurance that a benevolent God understood their suffering.

The world had indeed become a darkened place with the turning off of that light but the sun sets only to rise again and the bombing of the monastery is now a distant memory. 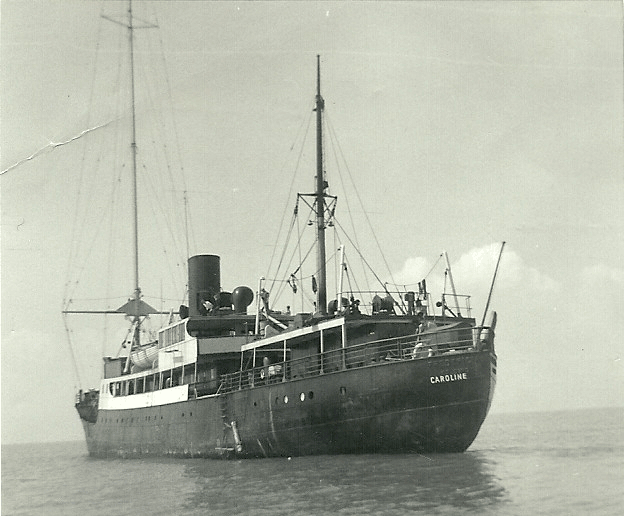 Where it all began in Felixstowe! Original DJ, Tony Prince tells The Felixstowe Magazine about his time on Radio Caroline and more…

You may remember with enormous affection being a teenager in 1964, when, with a music drought in the land, you spent your nights burrowed beneath your pillow listening to Radio Caroline. Many of our audience saw the movie ‘The Boat that Rocked’ and none of them could understand why a bunch of young lads had to live on a ship broadcasting to the UK in the period which saw the arrival of The Beatles, The Rolling Stones and all the other working-class wonders of the 1960s.

One day, the manager of English R&B singer Georgie Fame visited Radio Luxembourg’s English HQ in London’s Hertford Street.  He had an appointment with the big boss Geoffrey Everett, himself a former DJ on the station. The manager was Ronan O’Rahilly, an Irish entrepreneur who wanted to know why Georgie’s new record was not getting any airtime at all. Everett explained to O’Rahilly that the record companies had to programme tunes, it had nothing to do with him. The last thing the Irishman said to Everett as he left his office was: “Well, in that case, I’ll have to start my own radio station!” Everett laughed.

This became the legendary meeting which sparked a teenage revolution. Ronan’s father had a shipyard in Greenore, Ireland.  Within weeks, the local fishermen were gazing at a former Dutch ferry with quite an unusual feature; its mast was 120ft high!

Dropping anchor a seagull’s flight from Felixstowe, suddenly the air became filled with unadulterated pop. Simon Dee was one of the first DJs – his first shift on board lasted 8 weeks, by which time the south of England became a new place.  Suddenly, teenagers had colourful radio, where once there had only been radio where the government saw the obvious advantage of the BBC having the monopoly because it offered better political control than a local radio network.  World War 1 saw the birth of modern spin. Prime Minister Lloyd George used the BBC to communicate with the nation, knowing the entire population would be listening because there was no alternative radio station.

I spent 2 years with Caroline. 50 years later, Radio Caroline continues legally online. A small, light ship has been moored on the Mersey waterfront to reincarnate Caroline North for this month of celebration of all we achieved. A pirate DJ Day reunion in Amsterdam attracted 450 anoraks, together with a panel of 18 surviving DJs such as Johnny Walker, Robbie Dale, Roger ‘Twiggy’ Day and myself.

You might consider putting this article in the hands of your kids and grandkids so that they realise Great Britain didn’t endure just two World Wars –  there was a third and I was lucky enough to have been on the front line. This third ‘world war’ was staged by teenagers; the first time in history that they had become a voice and a community that were no longer ‘seen and not heard’ – Tony Prince 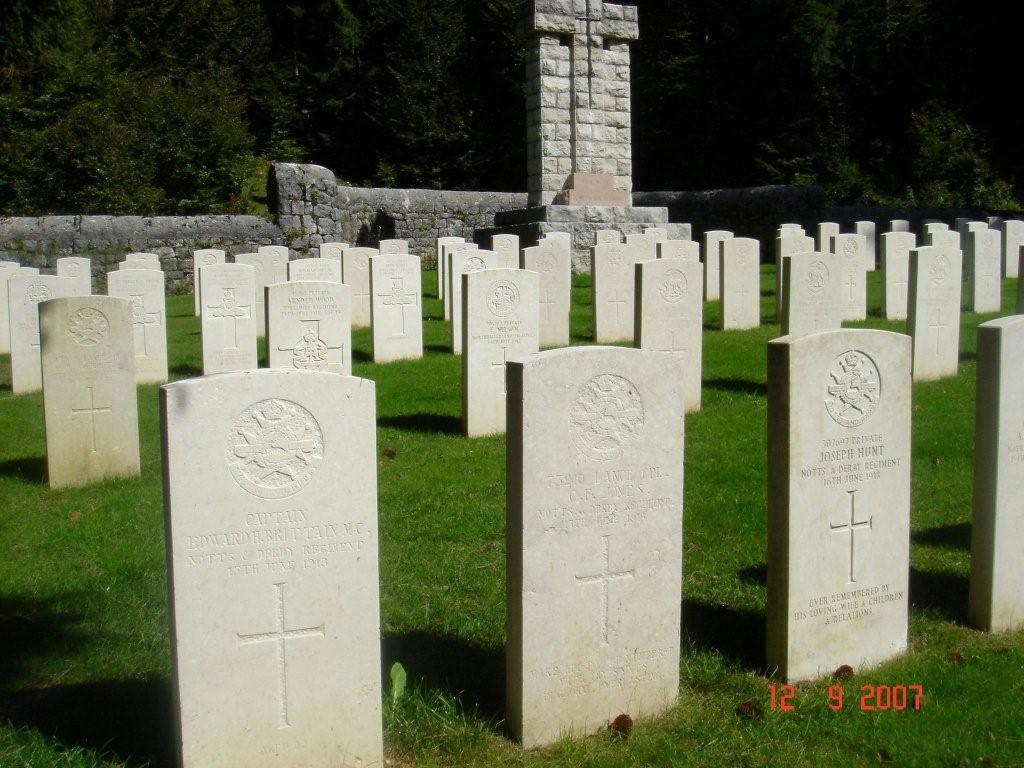 Having the opportunity to sit with local war veteran, Antony Pittaccio, was truly quite an honour. His stories are heartbreaking and heartwarming and in memory of the 100th anniversary of WW1, Antonio shares some of his stories with you…

Have you seen the film ‘Testament of Youth’? Or perhaps you have read the book?  The story fills me with some emotion because my uncle, with whom I watched the battles raging in Cassino crouched behind a low wall, as mentioned in my previous article, fought in the same Battle of The Piave in WW1 to which Captain Edward Brittain was sent from France. When my uncle died some 30 years ago, my auntie was asked by the Italian Veteran Association if they could bedeck his coffin with the Italian flag. She thought it strange, but reasoned that perhaps it was normal for members of the association. Some days later,when they were sorting through his personal belongings, they discovered the reason why. My uncle had been awarded The Gold Medal for Military Valour, the highest Italian military medal. Yet, he never, ever mentioned a word about it to his family, friends, nor me.

So when I think of him, I also think of the brave young British lads who fought in the same battle, and who are very seldom mentioned. Our knowledge and ideas of WW1, seems limited to the terrible trench warfare in the muddy fields of the Western Front against the Germans. British forces also fought in the Southern Front against the Central Powers in battles that may not seem big compared with those in France, but which were perhaps the most decisive battles of WW1 because seven days after the defeat of the Austrian-Hungarian army, Germany surrendered.

The film makes no reference to the Asiago Plateau, other than the death of Captain Britton, but briefly, two British Divisions with one in reserve were positioned on the plateau, in the foothills of the Italian Alps.  The Austrian – Hungarians launched a major offensive in June 1918 with the intention of surrounding the allied forces on the Piave and finally defeating them. One of their major thrust was to be via the Asiago Plateau.

The British forces on the plateau were inexperienced in that kind of warfare. Furthermore, 1500 were in hospital suffering from altitude sickness and other ilnesses. They were greatly outnumbered by the attacking enemy, well experienced in mountain warfare. Inevitably, the line was breached after 24 hours of fierce fighting. All seemed lost when suddenly, as written in the diary of Fusilier Norman Gladden, a Captain Stirling appeared on the parados and called for volunteers (did not order them) to counter-attack. Electrified by his example, the men clambered up after him, and after another 24 hours of hand-to-hand fighting regained lost ground and completely thwarted the Austrian offensive on the plateau.  A fantastic, glorious feat against experienced Alpine troops. Cooks, orderlies, clerks and all other non combatants also took up arms and joined in the fight, for which it is also called ‘The Battle of the Cooks’ and also known as ‘The Battle in the Clouds’. Sadly Captain Stirling was killed in late October when the Allies launched their final offensive against the Austrian-Hungarians.

A medal was struck to be issued to British officers. The accompanying letter read: ‘Herewith silver medal presented by Gen. Montuori, commanding 6th Army, to British Officers in commemoration of the defeat of the Austrian attack on the Asiago Plateau June 1918.”  The inscription on the medal read  ‘In faith brothers and in Victory.’ I can picture my uncle, whose silence spoke volumes, heartily approving that gesture towards the British band of brothers, many of whom lie there, in silence.