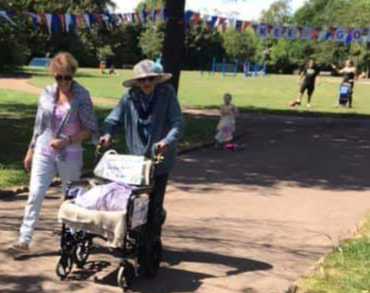 Happy birthday NHS! You’re not as old as Joan, but she’s doing her bit to help you! You’ve all heard about this wonderful local gem who worked for the NHS and during lockdown has been walking for the NHS! Here’s an update on how she’s getting on and what inspires her to keep going…

Joan Rich was born in 1918, during World War One, when people wore gas masks. Later that year they wore masks of all kinds as protection from Spanish Flu. Years later, during World War Two Joan had her own gas mask which she took on her voluntary fire-watch duties in Ipswich, and on Army patrols in Nottingham. Now there are mask-wearers everywhere: on the streets, in shops, on public transport. Of course, doctors and nurses in hospitals have worn masks for years, but it’s not just specific NHS workers who wear them now, it’s all of them, whether in operating theatres, A&E departments, wards, reception areas, or when visiting patients in the community; all NHS and keyworkers wear masks. Hospital visitors wear them too. It’s now well-known that when Joan saw the ‘Love NHS’ symbol mown into the grass of Allenby Park in April, she said, ‘Even behind a mask, NHS workers can make you smile. Let’s all smile.’

Having an NHS should give us all something to smile about. There was no NHS for the first thirty years of Joan’s life. She remembers families who couldn’t afford medical treatment. Friends did what they could, and sometimes charities helped too, but often it wasn’t enough. People suffered and died prematurely, many of them in poverty. Joan scrimped on coal so she could leave some, anonymously, on the doorstep of needy, but proud, elderly neighbours. Joan also left vegetables from the grocery stall where she worked, near Ipswich Town Hall.

In later years Joan did her bit as an NHS worker, first in Hillingdon Hospital in the 1950s, then in Felixstowe General Hospital as an auxiliary nurse in the outpatient department from 1964 until her retirement in 1978. If she had been able to, Joan would have come out of retirement to help the NHS care for Covid-19 patients. But, in her own way, she is still working for the NHS. Forty-two years after leaving Felixstowe General Hospital Joan is walking round Allenby Park to raise money for them. She remembers going there to retrieve patients who had gone to sit in the cool and calm of the park, and now she is on duty again. This time there are no patients to gather, just birds singing, children playing, dog walkers with their beasties, picnickers relaxing on the grass, footballers, and friendly neighbours too. Sometimes there are even people wearing masks.

Joan is walking the pathways of Allenby Park 102 times before her 102nd birthday.

She is grateful to everyone who has made a donation so far, or coloured and displayed ‘KEEP ON WALKING’ posters, anyone who has promoted her challenge, and to all those who have waved as she walks round.

You can donate to help Joan raise money at www.justgiving.com/fundraising/Diane-Rich1 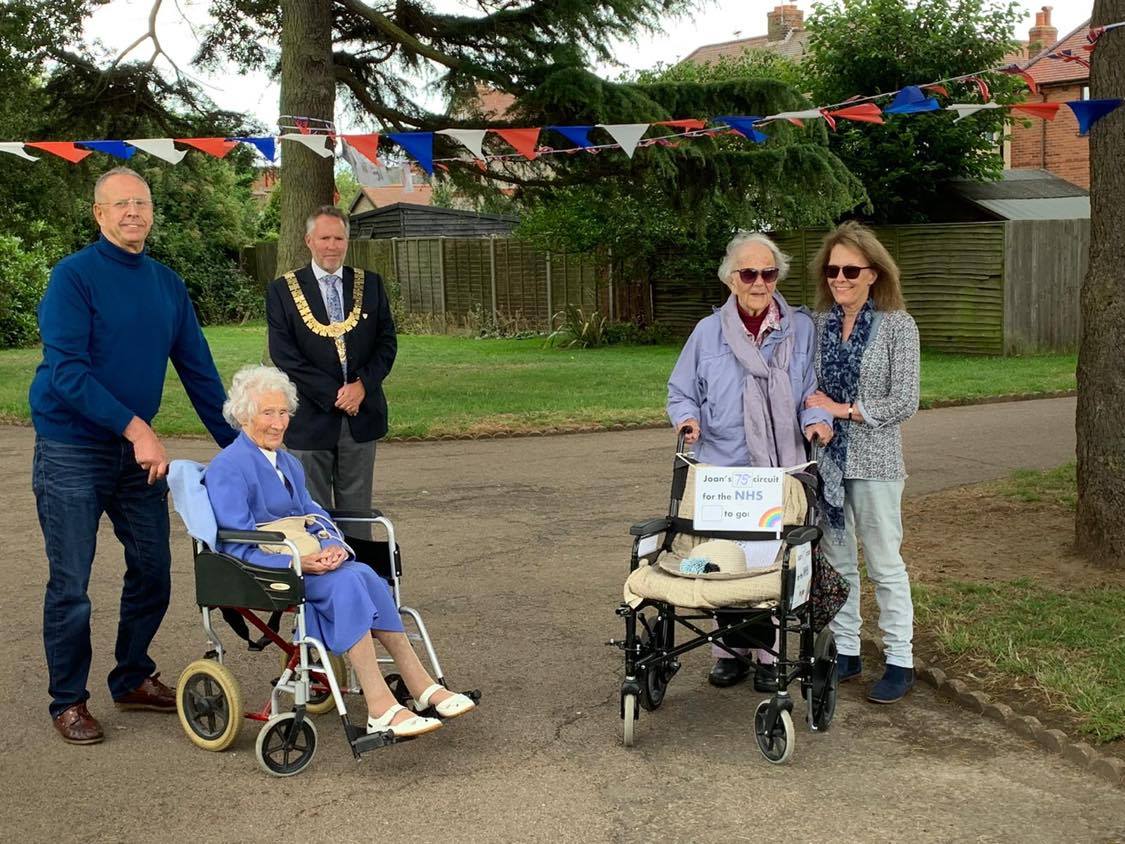