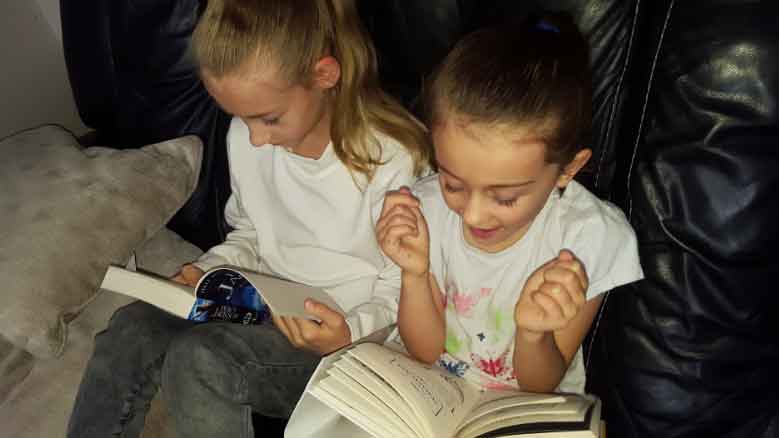 Believe it or not being in school at the moment is much less stressful than being at home for me! Having said that being in school during the COVID-19 lockdown is a very different experience to one that any of us will have experienced before.

When I arrive the car park is empty and the school is very quiet, other staff arrive at intervals and try their best to keep their distance. We chat and organise spaces for children to use that day but the school is missing its usual busy cheeriness that fills the corridors and classrooms.

Children arrive, saying goodbyes to key worker Mums and Dads and they are welcomed in by staff as if they are welcoming their own family. Children are comforted, fed and looked after in such a nurturing way it makes me proud of my team, that even with their own anxieties and stresses, they put them all to one side for the sake of ‘our children’.

Learning in school has morphed into enrichment, spending time with staff and other children, learning from each other and having fun! Children have enjoyed building, creating, cooking, they have taken part in the now famous Joe Wicks PE, shared stories and so many activities I struggle to remember them all. We serve lunch to each other and sit together talking about our day and what we have been enjoying at home. Staff take photos and share online with our families at home, they record themselves reading stories and talking to their class as if they are in the room with them. We have always communicated with families online but not on this level before and it brings us as staff comfort to still have a link with ‘our children’.

I say ‘our children’ because for 5 days a week they become ‘our children’ and during this time of lockdown they are the missing ingredient in the school, hearing the voices and laughter of a few is not the same as them all and that for us as staff in school is the worst part of lockdown. We miss our normal school life each day and hope that life for us all returns to some normality soon.

Saxophonist Plays for the NHS 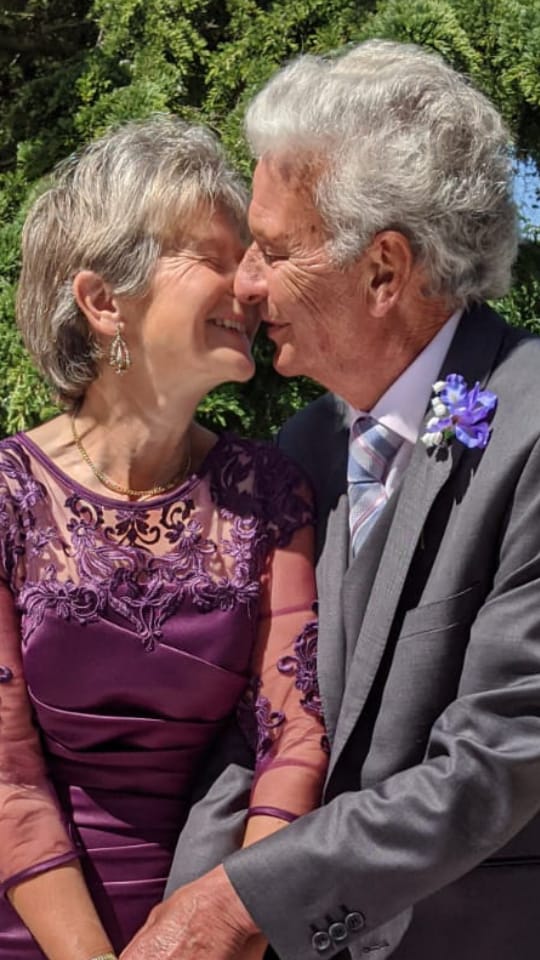 When we heard about Annette and John, we just fell in love with them and couldn’t wait to share their story with you all. Here’s Annette to tell the tale of how their love story started…

John and I met quite by chance on the Felixstowe prom last year. We both used to walk the prom on our own every day and for several months we would just say hi and pass the time of day as we passed by each other going in opposite directions.

One day towards the end of August, as I joined the prom from the bottom of Bent Hill, John was walking in the same direction. That day, we had our walk together, and found that we had plenty in common and the same sense of humour. At the end of the walk, we arranged to meet up the following day for another walk together, and as they say, the rest is history!

We began spending time together on a daily basis and love very soon blossomed for both of us (although John maintains that for him it was love at first sight!).

By the end of October John had proposed, although by then I think we both knew it was a foregone conclusion.

We had planned to marry on the 28th May at St John’s Church with Reverend Andrew Dotchin officiating, but that was of course prior to Covid19 and the lockdown, and our plans (along with many other people’s plans) had to be put on hold.

However, Reverend Dotchin came up with a lovely idea so that we could still mark the proposed date of the 28th May, by having a socially distanced Betrothal Service. This is an unofficial ceremony in which one makes a promise to marry at a future date. We had a lovely day which could almost be described as a dress rehearsal for the real thing. The ceremony was held in my sister Jo’s garden, and she did us proud with her efforts of decorating the garden in the appropriate colour scheme which was absolutely magical.

Obviously, we have been avidly watching the news for information on when weddings would be allowed to resume after lockdown, and we are very glad to say that we got married officially this morning at St. John’s Church at 11.30am. We were beyond excited! 😍😍

Because of the Betrothal Service which took place in May, we already have a gorgeous collection of photos.

A big thank you for the photos must to to our good friend Fran Comer who did a wonderful job of being the official photographer.

On behalf of us all at The Felixstowe Magazine, HUGE congratulations to Annette and John… your story is adorable and you’re a truly lovely couple! x 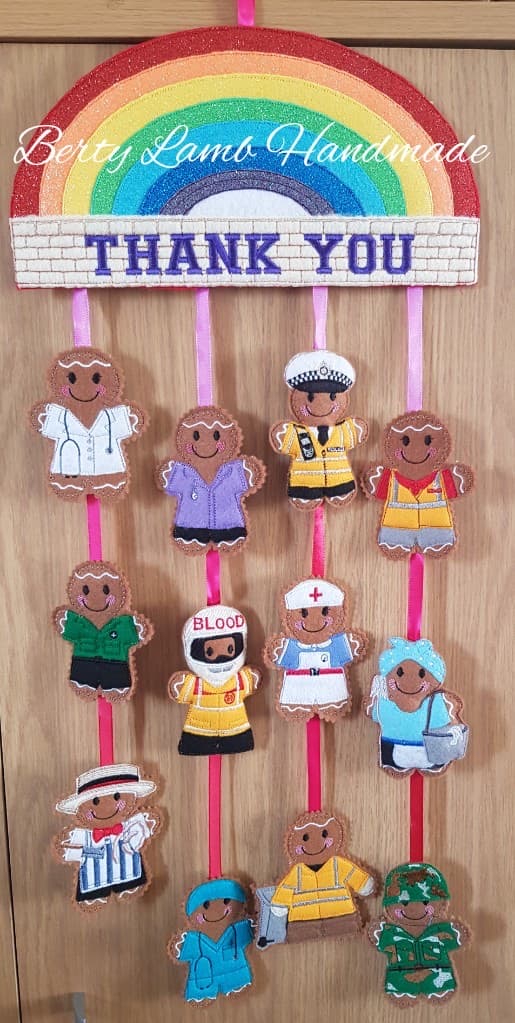 It’s been such a pleasure to see so many articles come in from local people doing their part to make a difference. Though lockdown is going through the process of lifting, we’d still like to continue to shine a light on these local gems. This article is by the lovely local lady, Bev Lambert…

My sewing page can be found on Facebook/Twitter & Instagram “Berty Lamb Handmade“.  I make various items using my sewing and embroidery machines.

I am also the founder of Over the Rainbow Children’s Charity, a charity to support local children across Suffolk who are living with a life limiting or serious illness, by providing specialist equipment to help day to day living.  The charity is run 100% by volunteers. I also made this large key worker hanger and raised £100.00 through a silent auction. I donated the £100.00 to Captain Tom Moore’s JustGiving page.  The winner if the auction was Glebe House Residential Home in Hollesley.  I have donated various sewn items to Glebe House including some lavender filled hearts which I initialled with each of the residents first names.  The staff all received a Ginger Ginger key fobs, including care staff, kitchen staff, maintenance staff etc all key fobs were relevant to the jobs they did within the home.

Thank you to all the key workers, charities and local people out there. We’ve been in this together and it’s be an honour to be part of the positivity. 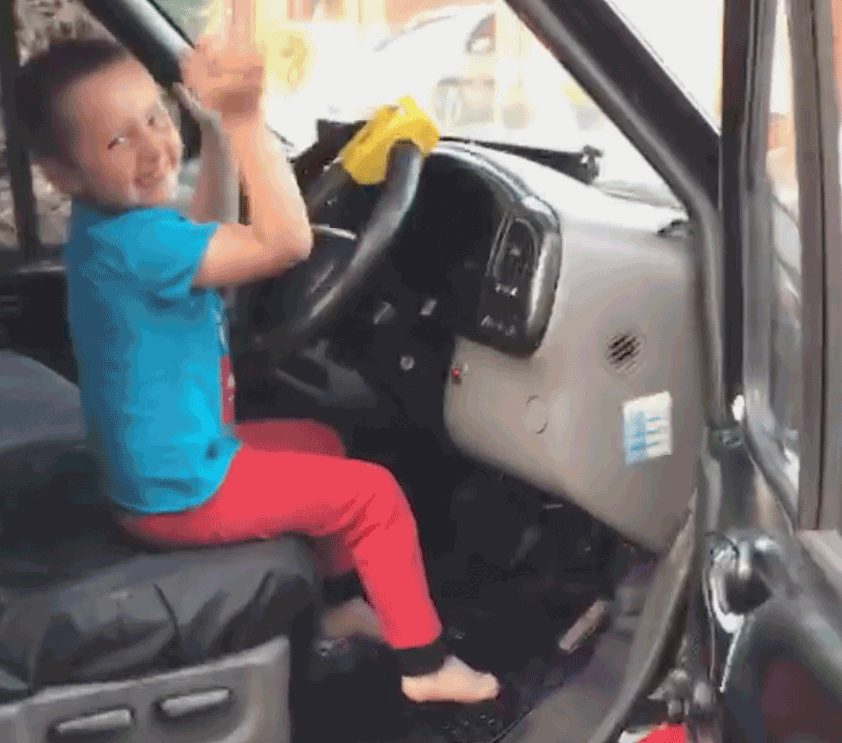